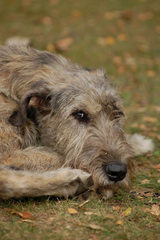 Shameless O’Houligan is a big boy.  He can keep up with me running without any trouble at all. Hell, truth told, he could easily outpace me.  But he doesn’t.  When you have a big dog who is a bit of a handful, you need to train them properly or all kinds of bad things can happen.  And if they do, I don’t consider it to be the dog’s fault.  Dogs are dogs.  Humans are supposed to know better.  So he stays at heel on my left which is precisely where he was when we jogged past The Mourning Mother, a metal, marble and crystal creation that towers twenty feet high and looks nothing at all like a human, mother or no.

With the sun coming up the sculpture cast oddly shaped, deep shadows that blended into the darkness of the trees a few feet off of the running path.  Something moved, or, more accurately, someone moved, shifting their weight impatiently.  I heard the crunch of dead leaves underfoot, saw a face briefly, by the flickering flame of the lighter he brought to the tip of his cigarette.  An ordinary face, not especially handsome, male, heavily freckled.  His hands were rough, a laborer’s hands, or maybe a fighter.  Not a boxer, a street brawler.  He was too well dressed to look homeless.

All that, in the time it took him to light a cigarette.

I kept jogging.  The scent of tobacco lingered in the air as I turned along the path.  I crossed the bridge and he was out of sight.  I didn’t think any more about him until the dog and I had finished our lap around the lake and we were headed back that direction.  I figured he would probably be gone having done whatever (possibly, hell probably nefarious) deed he’d been up to.

I was wrong.  He was still there.  The sun was a little higher now, not much, it had been a quick lap.  But I could see his general shape and follow his movements as he ground the cigarette butt underfoot and prepared to light another.  I saw the movement behind him as well, and when he lit his next smoke I got a quick glimpse of a familiar face over his shoulder before I heard the soft cough of a suppressed gunshot, and the lighter flickered out.