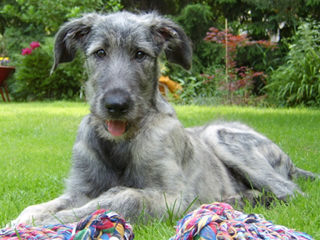 I’m not proud of the fact, but I did.  I turned tail and ran back the way I’d come, then took off of the track to wade into the shallow water at the lakes edge to hide in the tall weeds and flickering shadows next to the walkway.  I didn’t go under the arch, that would be the first place I would look, and probably the first he would as well.  I knelt in the muddy water, holding Shameless next to me with my fake arm to keep it out of the water.  I clung to him and shook, the hood of my sweatshirt pulled down to cover most of my face and keep my eyes from shining white in the shadows.  I held my right index finger against my lip in the gesture I’d used to teach Shameless to be silent and still.  God love him, he obeyed.  It wasn’t usually his best thing, but this time, he obeyed perfectly.  And while I felt his muscles tighten as footsteps approached, and his hackles raise, he didn’t make a sound.  Even though his lips pulled back to expose his teeth, he didn’t growl, didn’t move a muscle.

A flashlight swept the shadows under the little bridge looking for us and I was glad we weren’t there.  It swept nearby, across the reedy weeds, revealing some deadwood and a couple of Canada geese that shifted irritably.

He didn’t find us, but he knew we were there.

Irish–I hadn’t been called by that nickname since the service.

Jared always said he didn’t “like” dogs.  The truth was he was afraid of them.  He’d been mauled by a neighbor’s dog when he was ten or so–and while he’d never admitted it outright, I got the impression it was after he’d tormented the poor beast.

“I don’t like dogs.  But you know that.  Just like I know you.  You’re such a tight ass.  No way you’re going to be able to walk away from this.  Doesn’t matter how much you owe me.  Your sense of ‘right and wrong’ won’t let you let it go.”

I didn’t answer. First, I wasn’t stupid.  Second, I didn’t have one.  I did owe him.  But he wasn’t wrong.  He’d murdered that man.  I’d seen him do it.  No way at that close range the poor bastard would’ve survived.  Jared was good at killing–just like everything else he did, and thorough.  The man was dead.  If Shameless or I moved, or made a sound, he’d kill us too.