Book 1 of the Fae

Brianna Hai runs an occult shop that sells useless trinkets to tourists―and real ritual implements and ingredients to real witches and warlocks. Brianna is half-Fae; she and her human mother fled the Fae world years ago, escaping court intrigues and assassination attempts. Brianna’s mother then sealed the border between the worlds―except for a single, secret portal.

An attack made through that portal drags Brianna back to Faerie and the battle for succession. When her father is killed in a coup, civil war erupts.  Brianna may be the only hope for Faerie . . . whether she likes it or not. 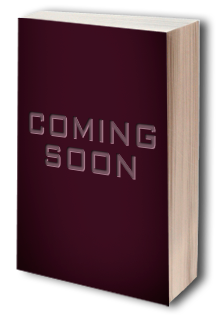 Book 2 of the Fae (currently in editing.  Upcoming release date to be determined)

It’s not easy being Queen.

Brianna Hai never wanted to rule Faerie.  She certainly didn’t want to wind up in charge in the middle of a civil war. She was perfectly content to run her occult shop and live a quiet life.  Well . . . maybe not perfectly content.  It was a bit boring.  Until Nick Antonelli came in to her life.  Now she has a man she thinks just might be “the one,” assuming he is willing to deal with royal intrigue.

It’s up to her to reclaim her people’s home world from an insane usurper. But to do so she will have to outwit high-placed traitors.

Nick Antonelli loves Brianna Hai.  He does not love wading through the hip deep mounds of political bullshit that comes along with it. When he finds out his father is dying of cancer he figures things can’t get much worse.  When an assassination attempt on Brianna results in his brother’s capture Nick is forced to work with Brianna to launch a rescue attempt that puts everything they both care about at risk.