Tales of the Sazi 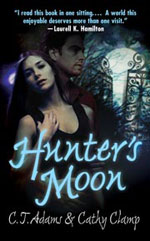 Tony Giodone is a hit man and a werewolf.

Suzie Quentin is the hot mess who hires him to kill her.

On the surface it wouldn’t look like a match made in heaven.  But together the two of them form a whole that is greater than the sum of its parts, something not only special, but truly magical.

Life is change, and Tony Giodone’s life is proof of that.  He’s gone from being a hit man for the mob to being a member of the Sazi police—the law enforcement branch of a secret society of shapeshifters.  Tony has a new mate and a new life, but he could lose everything because something is kidnapping Sazi women and draining their powers. The latest victim  . . . his former mob boss’s new girlfriend. To get her back Carmine is willing to wage war against all the Sazi.

Caught in the middle, Tony must hunt the thing that preys on the monsters, save the girl, and maybe the world. 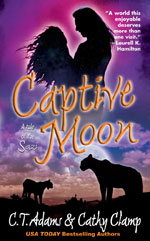 World renowned entertainer and Sazi Councilmember Antoine Monier has taken his animals, and his act, around the world without incident, until now.

One of his female tigers has been stolen.  The German police have captured a female tiger. Unfortunately the tiger in custody is not his—but a shapeshifter from the Hayalet Kabile sworn enemies of the Sazi.

He is able to take her from their custody in time to preserve the secret of the shapeshifters—but that is only the beginning of the danger. Because Tahira has a rare gift.  As a power well she can store energy from other shapeshifters.  And someone deadly is hunting her because of it.

These two shifters from enemy clans will have to work together and rely on each other completely if they are to save themselves and their people. 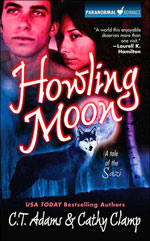 Cat Turner was a beautiful, wealthy young woman living a charmed life, until the day the unthinkable happened.  A jaguar came into the campsite she shared with her parents and attacked, killing them and injuring her horribly.

She is staying with her Aunt in Boulder while she recovers. It’s been almost a month, and things are getting very weird.

Raphael Ramirez is the Second in command of the Boulder pack.  A retired member of Wolven, the Sazi police, he figures he’s seen it all—twice.  But even he is not prepared when a human attack victim in the form of a jaguar is dropped into his territory, bringing in her trail a Sazi serial killer and madman who has been Raphael’s bitterest enemy and deepest regret.

Together they will hunt the madman to keep him from killing again, and for sweet revenge. 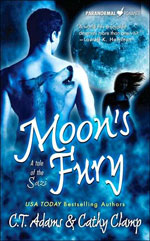 Cara Salinas is the sheriff of Tedford County, Texas  She has also been the pack leader of a small group of Mexican red wolves since she was thirteen  years old.

Adam Mueller was a beat cop in Minneapolis until he violated the single greatest rule of the Sazi. He allowed humans to see their kind.  Now he must lead his exiled timber wolves to a new life with Cara’s pack.

From the moment they met sparks flew.  These two would either be fated mates—or deadliest of enemies.

But there is no time for either fighting or romance.  A flock of vicious Sazi raptors have begun feeding on humans.  Will Adam and Cara be able to work together and save their people, or will they begin a war that could destroy them all? 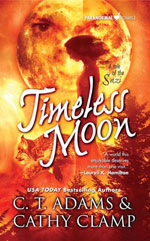 Aspen Monier is the most powerful seer among the Sazi—and quite possibly mad.  It is a constant battle for her to keep her mind rooted in the present when her visions pull her into possible futures and the ancient past.

Only one man had ever truly understood, her former husband.  But he’s been long dead.

Rick allowed himself to be declared dead for good reasons. But he never stopped loving his Josette.  He’s kept track of her from a distance through the long years and the changes of identity.

She’s always been able to take care of herself.  Hell, she could see most danger coming.  But this time it’s different. She can be fooled, and has been.  She believes that her bitter enemy Ahmad al Narmer is behind all of the attempts on her life. But now Rick knows better.  He’s come back, and the two of them must find out who is behind the plot against all of the Sazi seers, and how it involves a drug reputed to keep Sazi from turning — while dodging the assassins on their tails. 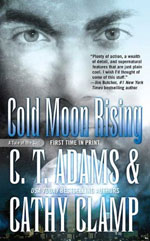 Former Mafia hit man Tony Giodone has been through a lot–he’s turned into a werewolf, with a human mate and a pack leader tougher than his old Mob boss. And he’s developed a powerful psychic ability–he can see into the past through other people’s memories.

Being mated with a human is difficult in more ways than one. Tony and Sue’s relationship is full of struggle. Adding to Tony’s trouble is a new problem with some old mobster “friends”…who also happen to be a cabal of Sazi mass murders trying to extinguish the human race.

Only one man might be able to help Tony and the Sazi stop the cabal: Ahmad, the leader of the snakes. He and Tony have a deeper psychic connection than Tony has with anyone else–even his mate! Now Tony is along for the psychic ride of his life as the crown prince of an ancient empire is faced with his deadliest enemy: a woman he once loved, whom he was forced to betray . . . one who may now betray Ahmad, Tony, and all of humanity.

Holly Sanchez was the fully human daughter of the Boulder pack’s Omega. A victim of bullying, she couldn’t wait to get away and find a normal human life.  Then she was the victim of a vicious attack.  They left her for dead, but she survived.  Now she is a Sazi with a dark secret in her past who would give almost anything to go back to being human.

Eric Thompson’s howl can ruin electronics and send aircraft tumbling from the sky.  Considered dangerous even by Sazi standards, he has become a lone wolf, living in self-imposed isolation.

When civil war comes to the Sazi the two of them are forced to work together to save the remnants of their people—but not without cost.